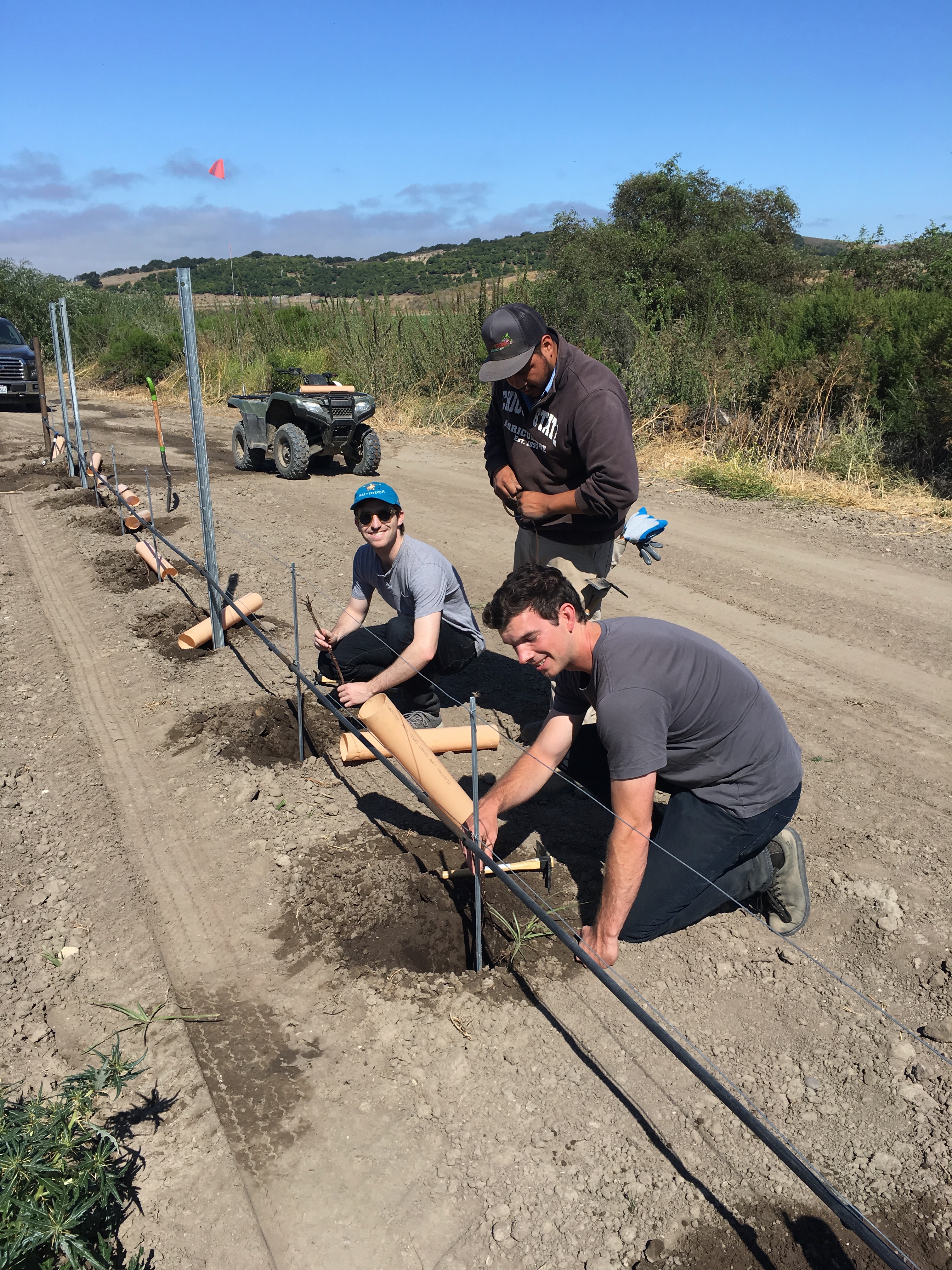 Over the past weekend we had “agri tourists” Tom Wagner (John and Gill’s son) and his long time friend Jeremy Gold.  We spent a good deal of time bouncing around in the truck and walking in vineyards with Daisy and Emily.  Much of the conversation centered around what I will refer to as “smart farming” which pretty much comes down to keeping your mind open and availing yourself of knowledge.  For instance, we have some vines that are extremely unhappy and after exhausting our own knowledge we invited Dr. Mysore Sudarshana, USDA Plant Pathologist from UC Davis, to visit us.  He came down last week with three members of his lab and went to work collecting samples in pursuit of answers.  We had a great time together and shared ideas far beyond the question of the day.  Smart Farming and good times.  In the week prior to that we had members of The Vineyard Team preform an evaluation of the drip irrigation system at Peake (we have work to do) as a possible place we could work on increasing the uniformity of the vineyard.  These were the sort of subjects Tom, Jeremy and I discussed.  They both were open minded and extremely interested, making it a great time for all three of us.  Perhaps we are cultivating our successors.

Toward the end of the day we met up with vineyard manager Fidencio Flores at a new vineyard to plant the ceremonial first vines.  I little work to go with the talk.

Today’s picture is of Tom and Jeremy planting vines under the watchful eye of Fidencio.  Steady now, I know where the vines you planted are!